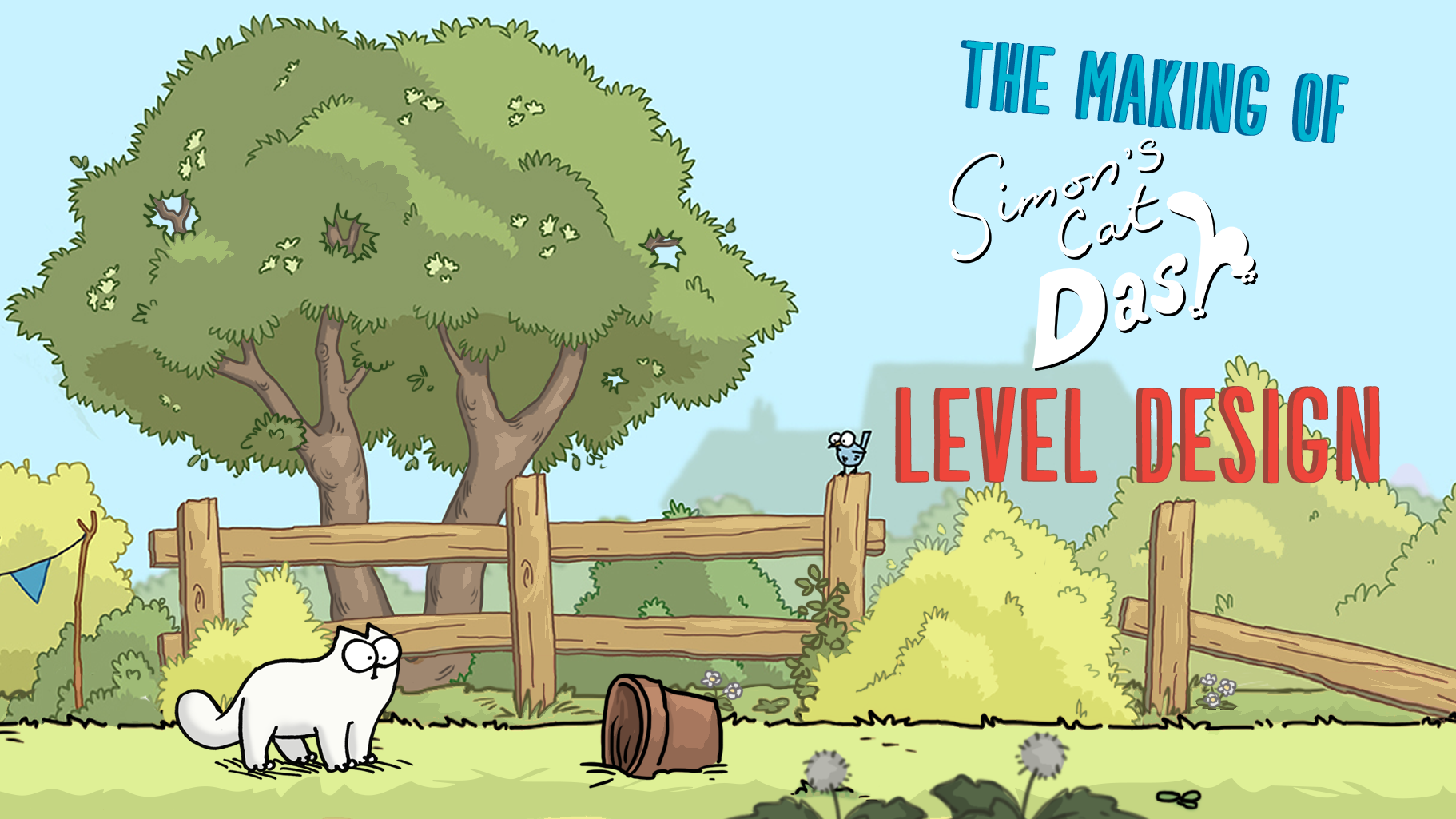 Hi Dashers, in today’s blog post we’re sharing some Simon’s Cat game design magic with you. Specifically how we create the fun and beautiful levels in Simon’s Cat Dash in 6 steps.

1. The Rules our Simon’s Cat game level will follow

The first step when you’re building a level is to decide how the player will interact with the world. This is why each object in a level is assigned rules it has to follow. In our game there are four types of objects: 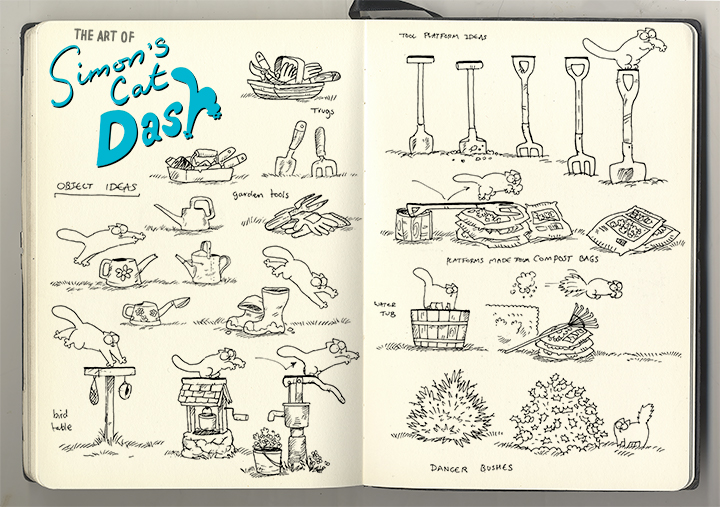 2. The Simon’s Cat Game Artist is Put to Work

Next it’s time for our Game Artist to design the look and feel of the objects. Above is an example of real concept art Simon Tofield drew for the Simon’s Cat game levels.

Now that we’ve created all the obstacles and know how the player will interact with them it’s time to create them in game. The Programmer will use the object creator to place ‘colliders’, these are imaginary boxes that indicate the boundaries of the object and a ‘sprite’, which is a visual representation of the object.

4. Combining The Objects into a Level

Now that the game understands the rules and boundaries of the objects, the Game Designer can start building the level. They start with a blank level, and hand picks where all the objects should be placed, focusing on:

After all the interactable objects have been placed in the level, it goes back the Game Artist who dresses the level with extra visual objects to make it look meow-velous!

The level is now finished, but is it fun? Does it work? The only way to find out is play, play and then play some more. The only way to know if a level is fun and well designed is to play it! So that’s what we do, it’s a tough life being a game designer…

One Simon’s Cat Game level from start to finish! Do you have a favourite object in the game? Let us know on Facebook!

If you’d like to know more about Simon’s Cat Dash, check out our game page !